The City Formerly Known as Saigon

On our first full day in Ho Chi Minh City, I had scheduled a full-day guided tour of the city. Unfortunately the tour company never showed up. At about 9:15am we gave up waiting for them and took off to explore the city on our own (later, they told me a credit card authorization issue had caused the glitch.) Our first stop was the War Museum and I’ve told you how that affected me. 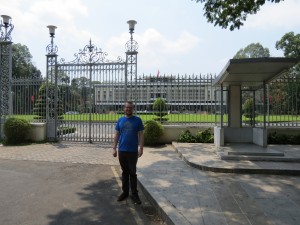 Michael in front of “Reunification Palace”

From the War Museum, we headed for the Reunification Palace, the renamed “Presidential Palace”, former residence of Diem and the presidents of South Vietnam who succeeded him after his assasination in 1963. It was getting pretty hot walking around in the sun and, when we arrived, we learned it had just closed for lunch and wouldn’t reopen until 2pm.

From the entrance to the palace, we walked across the street to a nice, shaded park bench and, there, we had our first positive experience. A family with children walked by us and we could tell they were kind of interested in speaking to us. I waved “hello” to the youngest child and this led the parents to coax her to say “hello” and shake our hands, something she really didn’t want to do. Eventually, she overcame her fear of us and she, and her older brother, posed with us on the bench while the parents took photos. Michael and I both enjoyed this little encounter.

How Things Have Changed!

Shortly after arriving in Cam Rahn Bay in December 1968, my friends and I were sent to the Signal Corps headquarters in Saigon, where we received an orientation before being assigned to one of several different locations within Vietnam. (I was assigned to Pleiku but my friends went to other locations.) While I was in Saigon, I took the photo below. As you can see the Saigon that I saw then…. 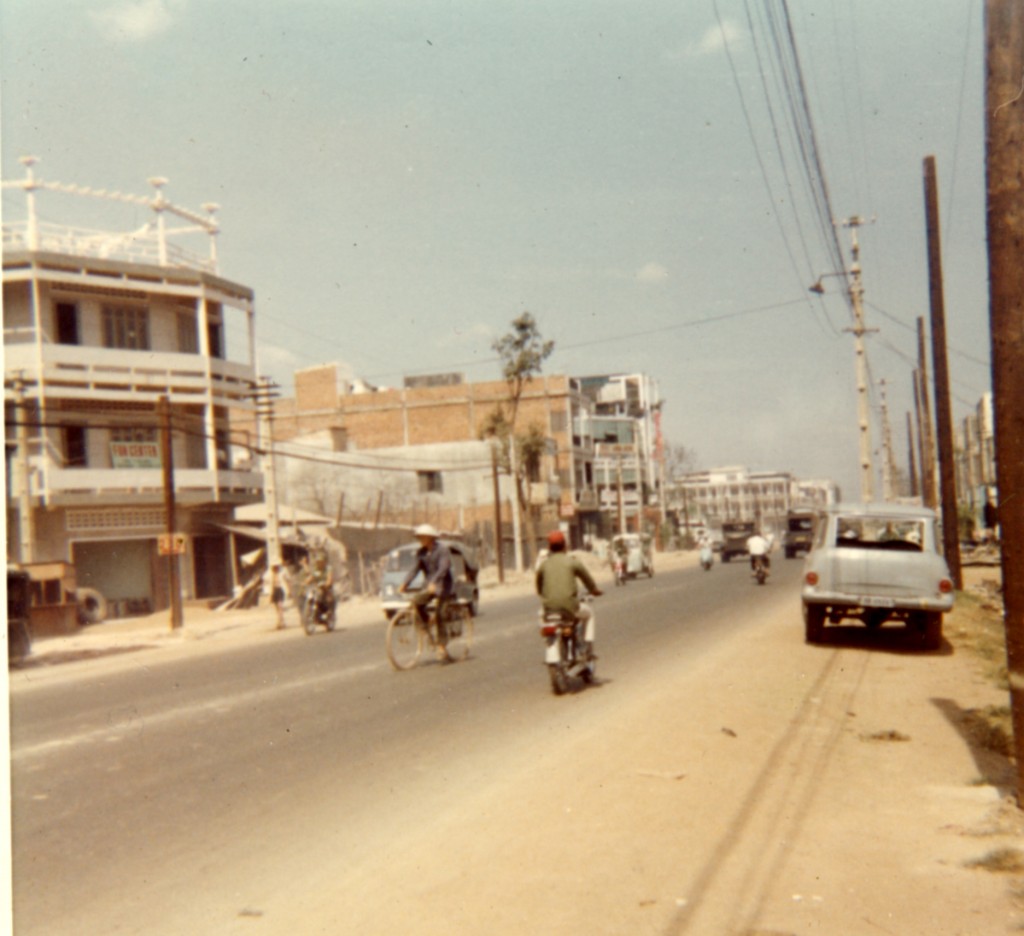 Of course, this 1968 photo suggests I may have changed a bit also… 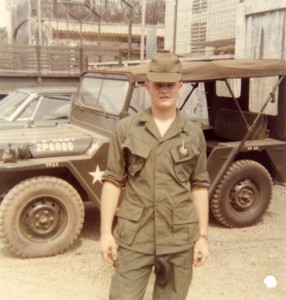 One of the most interesting things about modern Ho Chi Minh City is the traffic. There must be nearly as many motorcycles in the city as there are people. While there are pedestrian crosswalk markings at most intersections, “walk/wait” signals are rare. You learn that you must have a very different mindset to cross the street here. If you wait for an “opening” you will be there all day: there is just too much traffic. What you must do is simply walk right out into the flow of traffic. Yes, that’s right, you slowly and carefully walk out into the traffic and let the motorcycles and cars avoid you. This is not natural for us: we tend to think that vehicles have the right-of-way and we must wait for an opening to cross. In Vietnam, you must trust that the vehicles will see where you are and avoid you. And, it works! However, you need to just relax and move across at a slow, predictable pace. If you try to avoid the traffic, your progress will be unpredictable to the drivers and then you’re in trouble. Once you get the hang of it, it’s really quite exhilarating: kind of like scuba diving in a school of fish – you don’t need to worry about the fish running into you, they will go around. I didn’t quite feel confident enough about my “crossing skills” to take my own video so I found this one on YouTube and it illustrates the point nicely…


We only had two full days in Ho Chi Minh City and the second day we scheduled a full-day visit to the Mekong River area about 2 hours south of the city. Unfortunately, Michael wasn’t feeling well and stayed in the hotel room. I had a pretty good time even though I worried about him a bit. Here are some photos from the day… 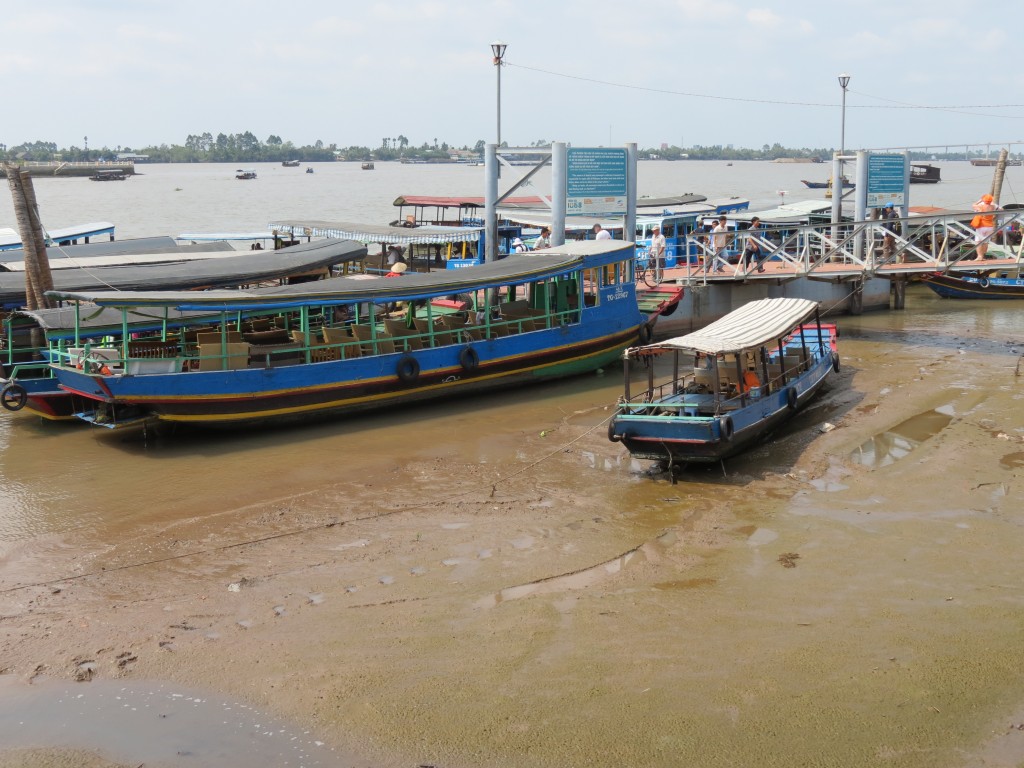 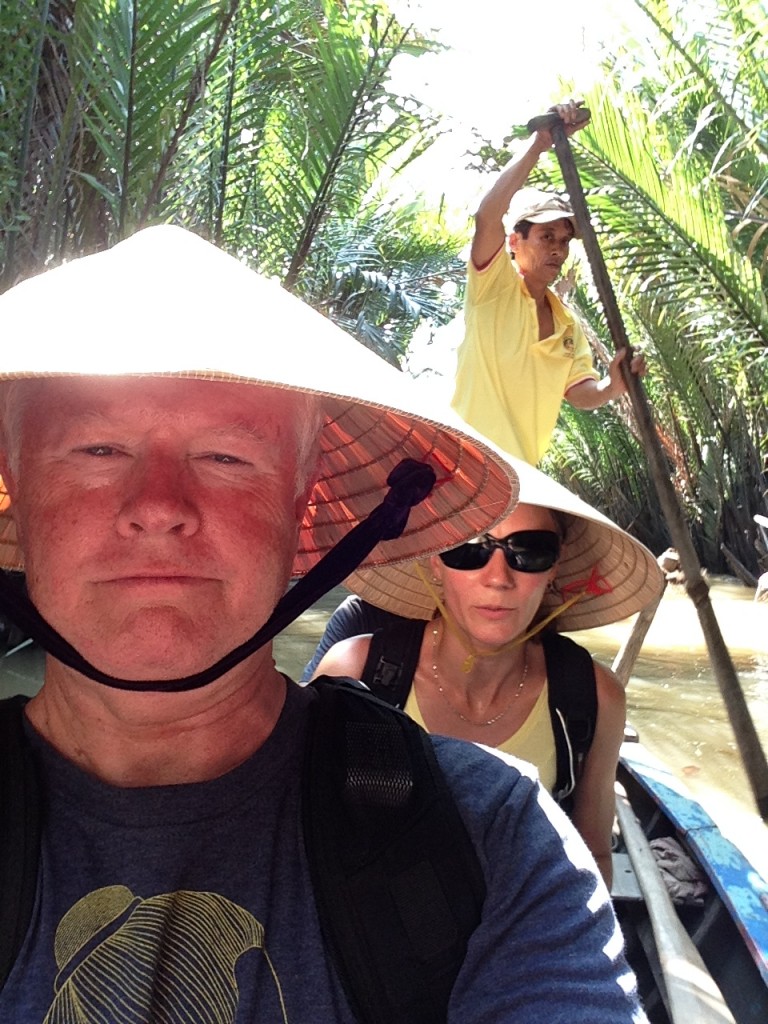 Short cruise on a quiet stream near Upper Mekong River 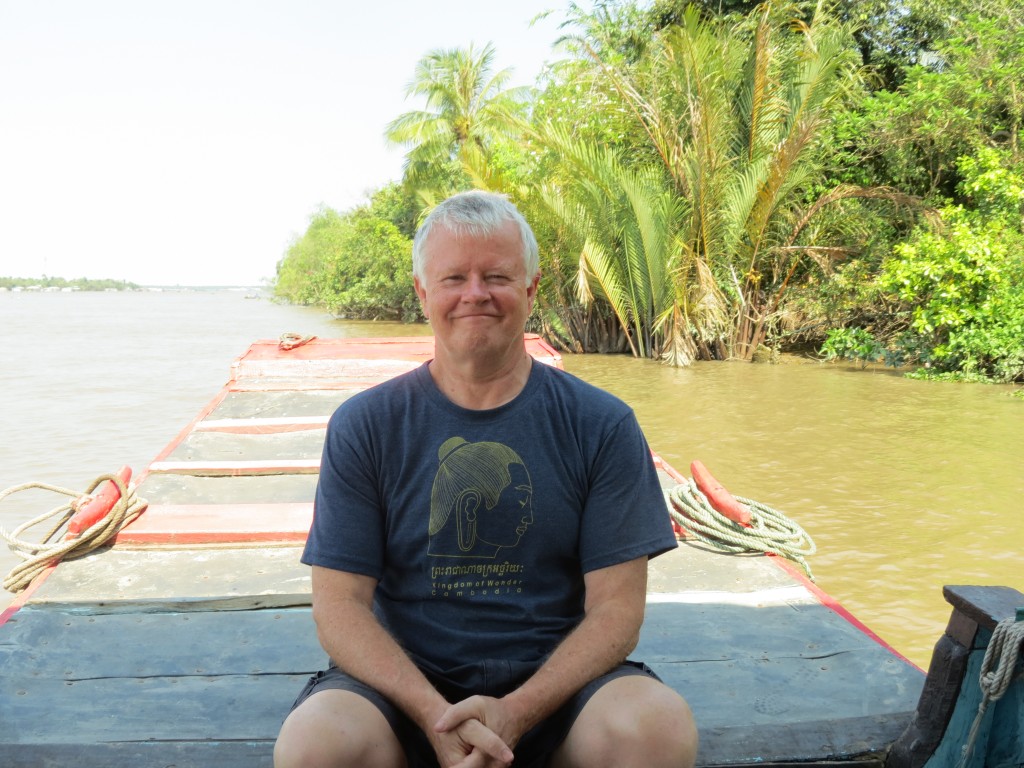 On a small ferry… 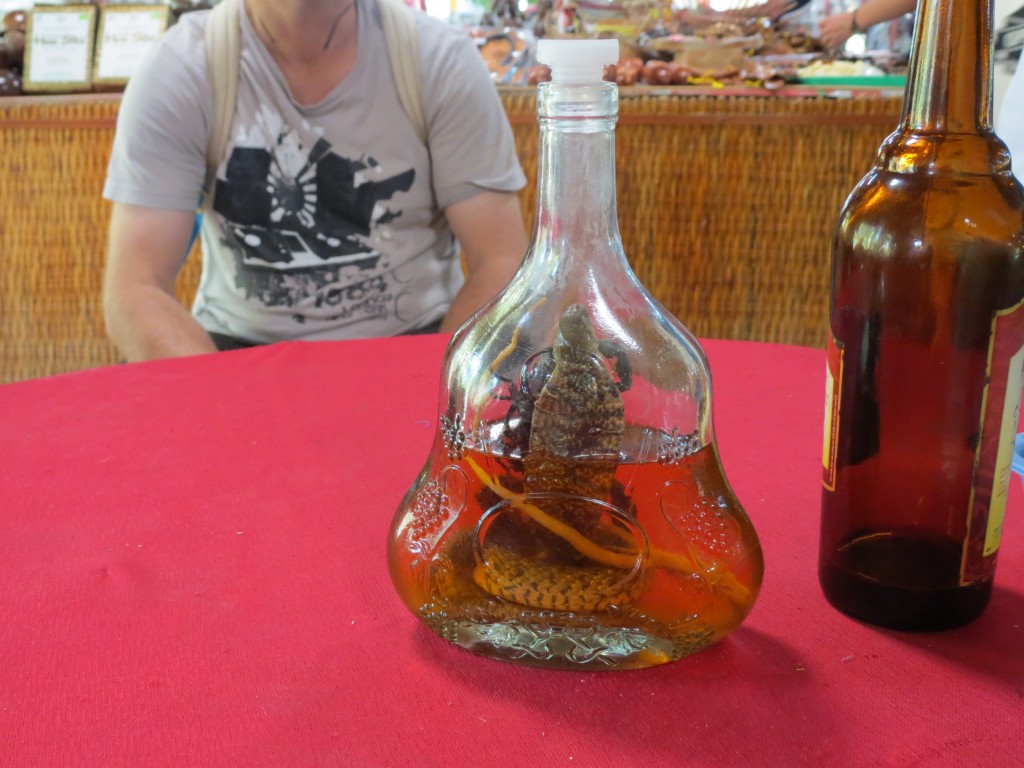 Snake (cobra) wine (none for me, thanks) 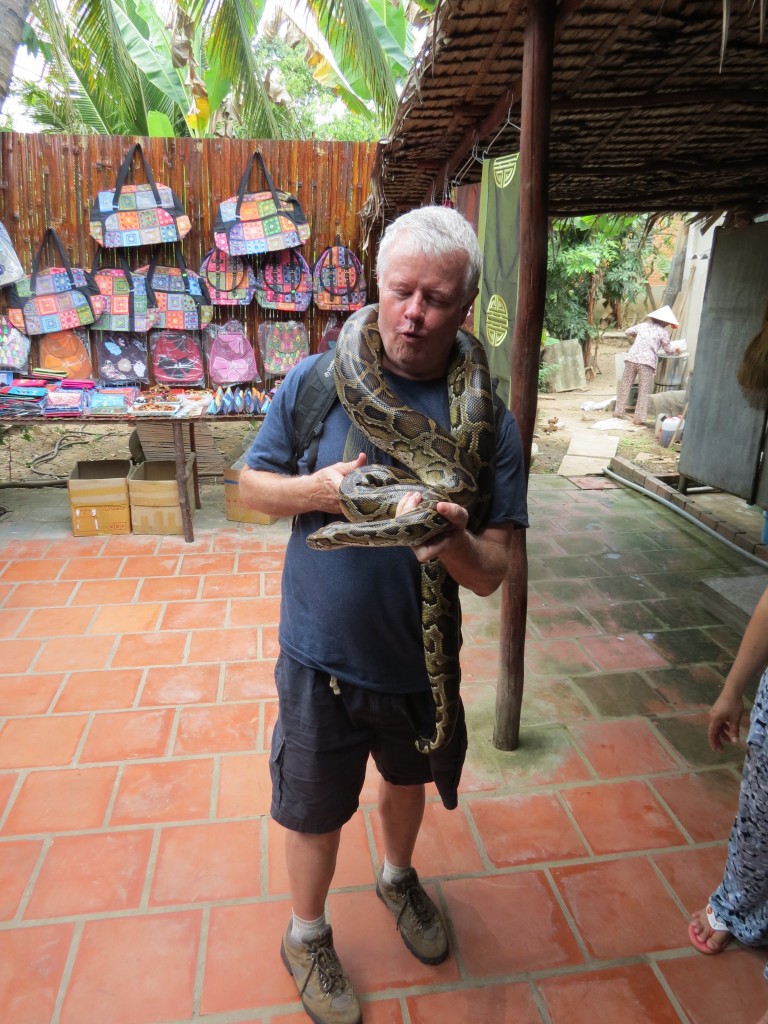 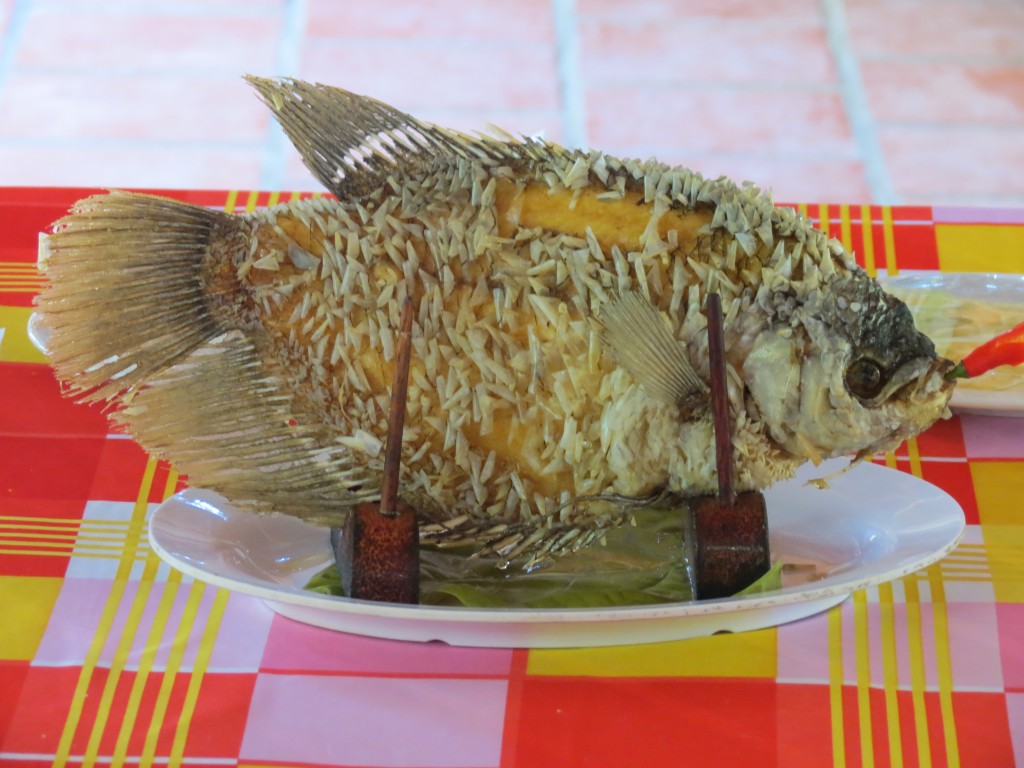 “Elephant Ear” Fish for Lunch (scales can be eaten) 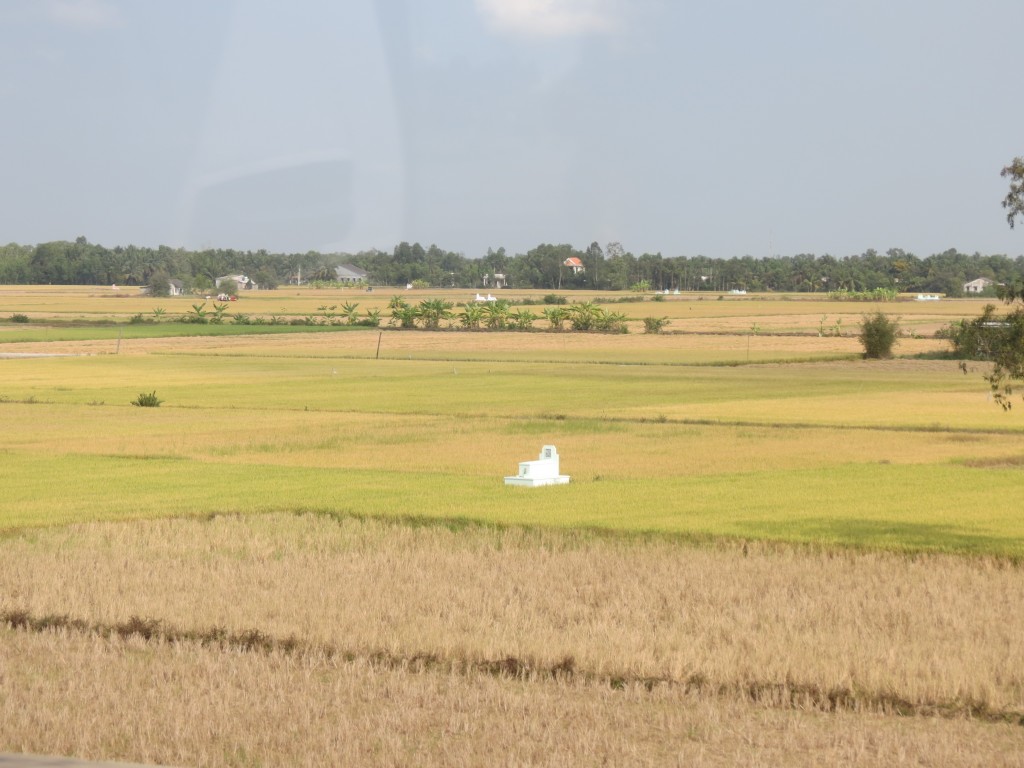 The next day, we took a taxi to the airport where Michael headed back home and I took a flight to Pleiku. I was sorry to see Michael go and also a bit jealous. I’m getting a bit tired of all this travel and I’m looking forward to getting home again. I’ll tell you about my trip to Pleiku in the next post…

12 comments on “The City Formerly Known as Saigon”