After spending 10 days in Vietnam, I left Hanoi on the afternoon of March 11th headed for Hong Kong. I was really tired of Hanoi’s cold, damp weather and I looked forward to seeing another place I had visited as a soldier in 1969. I’m not sure how it worked for other branches of the military but Army personnel were entitled to one “R&R (rest and recuperation) leave” during their one-year assignment in Vietnam. We had a choice between several different interesting destinations including Bangkok, Manilla, Tokyo, Australia and Hawaii. Most married soldiers chose Hawaii and met their wives there. I chose Hong Kong. 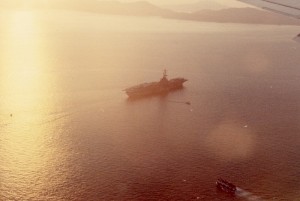 I remember how excited I was about going to Hong Kong, a place that loomed large in my imagination. I traveled on military transport from Pleiku to QhiNhon and then to Cam Rahn Bay where I boarded a commercial airliner for the 4-hour flight to Hong Kong. It was August and, as we approached HK airport, the pilot pointed out to us that the aircraft carrier sitting in Victoria Harbor below us was the USS Hornet, the craft that had retrieved Neil Armstrong and crew when they had returned from the moon just the previous month. 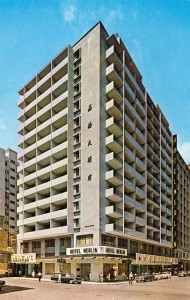 I can’t remember the exact logistics of how R&Rs worked but the Army must have had contracts with certain hotels to house us: I’m sure I didn’t choose the hotel or pay for it. (We didn’t have TripAdvisor back then… or computers to view it on :-). I stayed at the Hotel Merlin, a 12-story building on the corner of Nathan and Middle Roads in Kowloon, not far from the ferry to Hong Kong Island. I’ve read on the internet that it wasn’t an especially luxurious place but it sure seemed that way to me. I remember having a most delicious meal in the restaurant where several waiters watched my every move to see if I might need anything. For a young guy who had hardly ever been to a restaurant before, that was a pretty heady experience. The Hotel Merlin was demolished in the 1970s and a large, modern hotel called The Kowloon Hotel sits on that corner now. On the left below is the Merlin as I saw it in 1969. On the right, I’m standing on the same corner in 2014.

I have several other special memories of my 1969 stay, including riding the free ferry boat between Kowloon and Hong Kong Island, eating at one of the “floating restaurants” at Aberdeen Fishing Village, buying three custom-made suits for less than $100, visiting an interesting sculpture garden called Tiger Balm Gardens and taking the funicular railway (or tram) to the top of Victoria’s Peak on Hong Kong Island. Tiger Balm Gardens is gone now (though you can still buy the Tiger Balm Salve (cures just about anything, I believe) in stores in southeast Asia. I think most of the floating restaurants are gone now too. Custom-made suits are certainly still available here and you can’t walk down Nathan Road without being accosted by hordes of men trying to sell you one (they seem to be mostly Arabic, for some reason.)

The Hong Kong I remember was really impressive, offering a mix of east and west and of old and new. People have told me I wouldn’t recognize modern Hong Kong compared to 1969 and I understand what they mean. Compare this photo I took of Hong Kong Island as viewed from the Kowloon side in 1969… 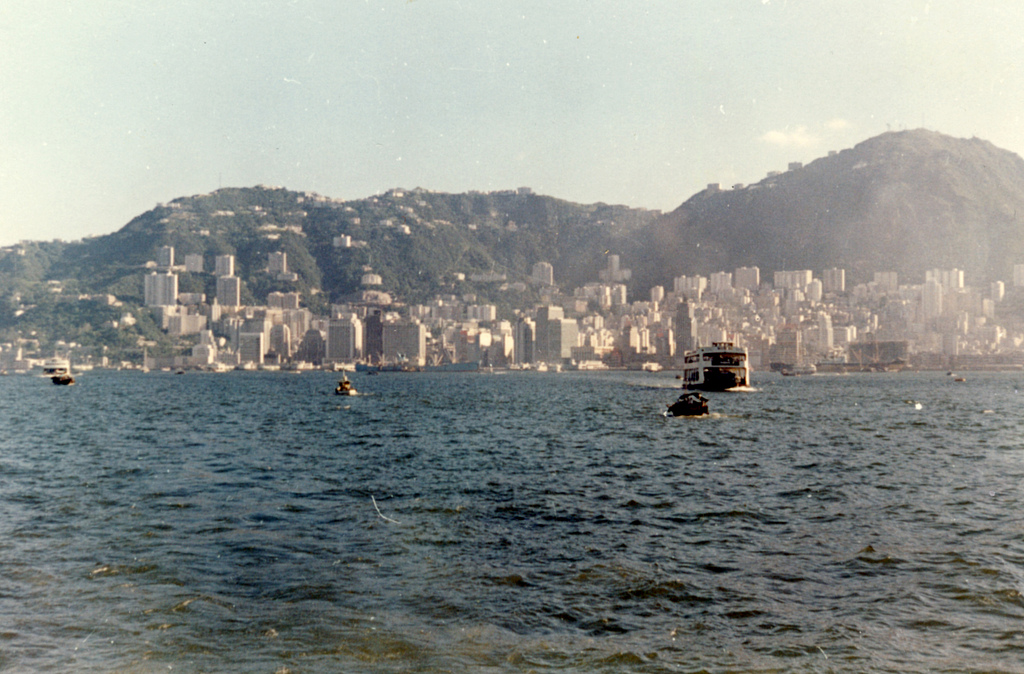 with this photo I took last week… 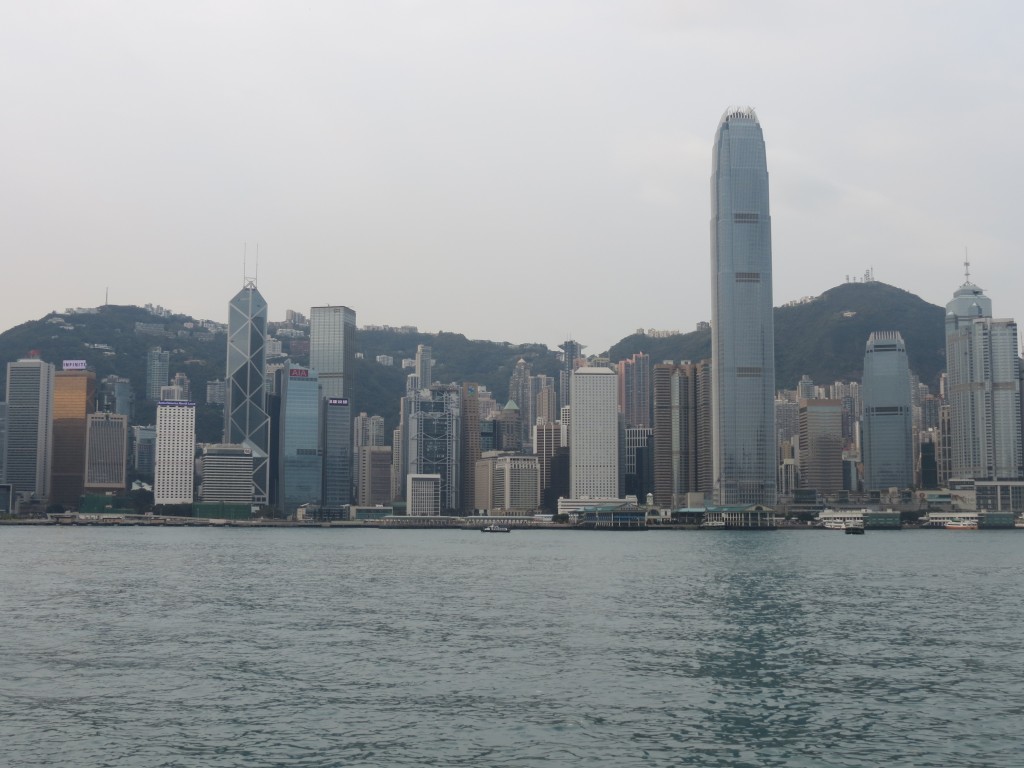 and you can see the difference. Now, the buildings practically hide the mountains behind them.

I really like Hong Kong and would recommend it as a destination to anyone (although it’s pretty expensive) but I think I liked the old Hong Kong a little better than the new. In 1969, the harbor was full of boats of all kinds, everything from a U.S. aircraft carrier to small junks steered by peasants in Mandarin dress. The water was filthy but the ferry was free. You had the feeling you were in an area where civilization was still struggling to take form and that gave the place a kind of excitement. Today, there are few boats, mostly ferries and tourist cruise boats and the water is noticeably cleaner. Modern civilization has asserted itself here and, except for the beautiful setting on the edge of the South China Sea, you could be in any of several other large Chinese cities, such as Shanghai. You wouldn’t have found a western restaurant like McDonalds or Starbucks in the Hong Kong of 1969.

One thing I especially wanted to do on this trip was to take the tram to the top of Victoria’s Peak again. In 1969, I had done this and the views of Kowloon and the harbor had been so impressive that I couldn’t wait to have my 35mm film developed. When I returned to Vietnam, I discovered that my film had not been securely fastened to the camera’s take-up reel (if you’re young, ask an old person) so that my film was never advancing. I had been exposing the same section of film every time I snapped a photo so I had no photos from the peak. As you’ll see from the video below, I had better success this time. Camera technology is just a little more advanced (and idiot-proof) now.