Dinner and Overnight with Jessie & Frank

Posted on January 7, 2014 by John Millspaugh

I’m sitting in one of Jessie and Frank’s lovely spare bedrooms and running out of gas quickly but want to tell you what a lovely evening we just had. I had planned to stay 2 nights in the hostel in Chinatown but, when J&F learned I was leaving tomorrow from the Woodlands train station not far from their apartment, they insisted on hosting me here overnight. They live in a high-rise apartment building which is typical for Singaporeans and their apartment is open, airy, modern and very welcoming. I just had my first shower in 3 days (yes, if you noticed a scent wafting in from the west, it may have been me) and I feel totally renewed.

They took me out for dinner at a lovely restaurant called BeauLieu House which is a 100-year old building in a green area called Sembawang park. This entire area, including J&F’s apartment building was formerly part of a large British naval and air base known as Sembawang. It is on the Johore Strait, the water that separates the island nation of Singapore from the rest of the Malaysian isthmus and you can look across the strait to see the Johore province of southern Malaysia. Among several delicous entrees we had a local specialty called “black pepper (or chili) crab” and it was delicious (photo below.) 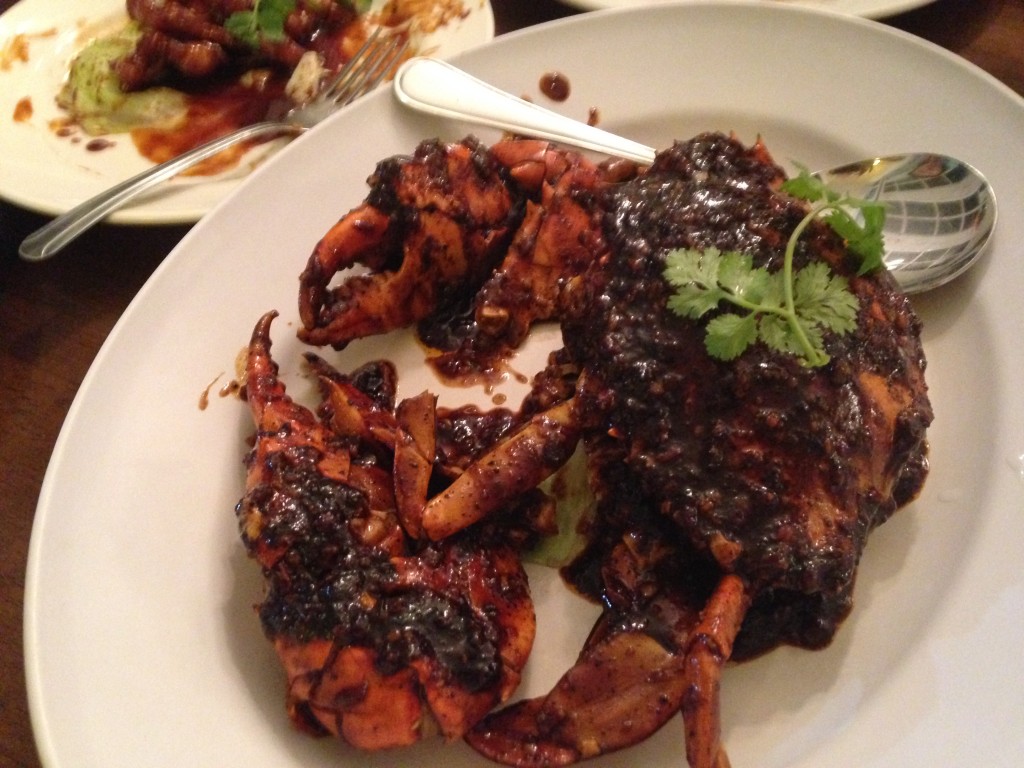 Here’s a photo of the restaurant (which I stole from the web.) 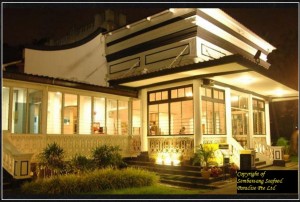 Finally, here’s a photo of the three of us enjoying our meal. What a special privilege to have such wonderful friends and be able to visit them in their home country! Thank you my dear friends! 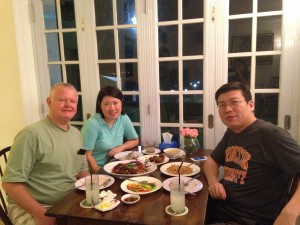 One comment on “Dinner and Overnight with Jessie & Frank”