Last Friday was Buddha’s birthday so we got an extra day off. Buddha’s birthday is not always on Feb 14th – it just happened that way this year. People here celebrate both holidays. With these two special days coinciding, many people saw it as an auspicious day to get married. For us, it was a chance to travel north to Buri Ram province: to visit the families and friends of one of our teachers and to see the ancient archaelogical sites found in the area. These date from approximately the same era as the temples of Angkor Wat built by the Khmer Empire.

We left school on Thursday afternoon and it took about 4 hours to get there. The first night, we stayed at Teacher Pon’s parents’ home. It’s very nice and roomy and we each had a private bedroom. We got to meet Pon’s mother, father, brother, grandparents, aunts and uncles and her beloved one-year old son Dimac. Pon’s husband was not there – he works even farther from their home than Pon does. Pon goes home every weekend – she livew in the abysmal teacher housing here so it’s a no-brainer to go home and be with her baby, despite the expense of gas. 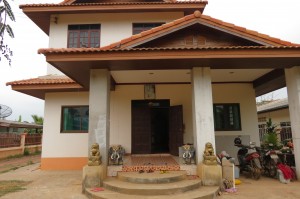 The whole family made us feel at home even though none of them spoke any English. Pon is not an English teacher (she teaches level 1 kindergarten) but she can communicate with us a little. On Friday morning, Pon’s mother made a wonderful Thai breakfast of barbecued chicken, white rice, and tom yum soup (2 kinds) and we enjoyed it. Before we ate, however, we went to the small local Buddhist Temple, taking rice in silver dishes to offer to the monks. The service was very interesting and I’ll talk more about it in a future post on Buddhism: a very important part of life here in Thailand.

Along with Pon’s friend Gung (pronounced “Goong”) on Friday afternoon we went to a place called “Play la Ploem.” I couldn’t quite figure out how to describe this place until I found this internet article describing it as a “boutique resort and adventure camp.” We had a nice time at this park that seems a combination of an arboretum and the “Small World” ride from Disneyland. Here are a few photos from the day… 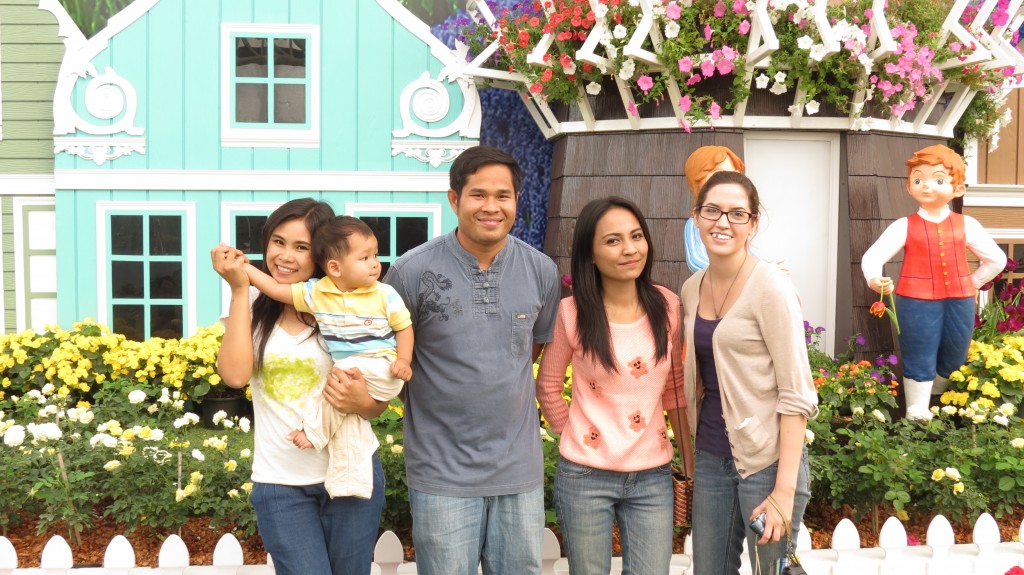 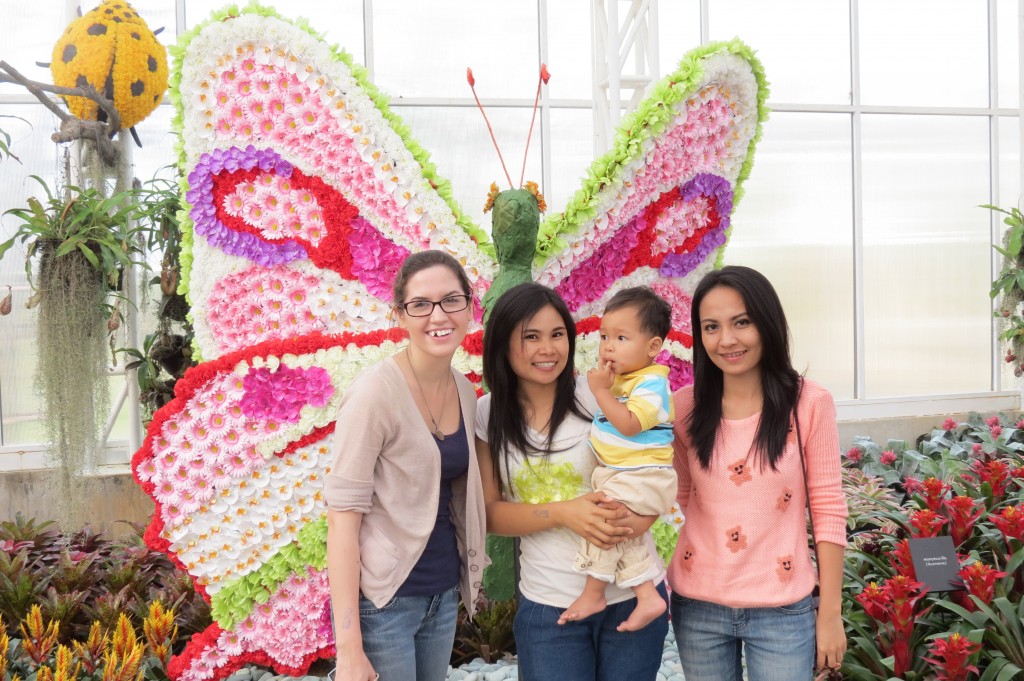 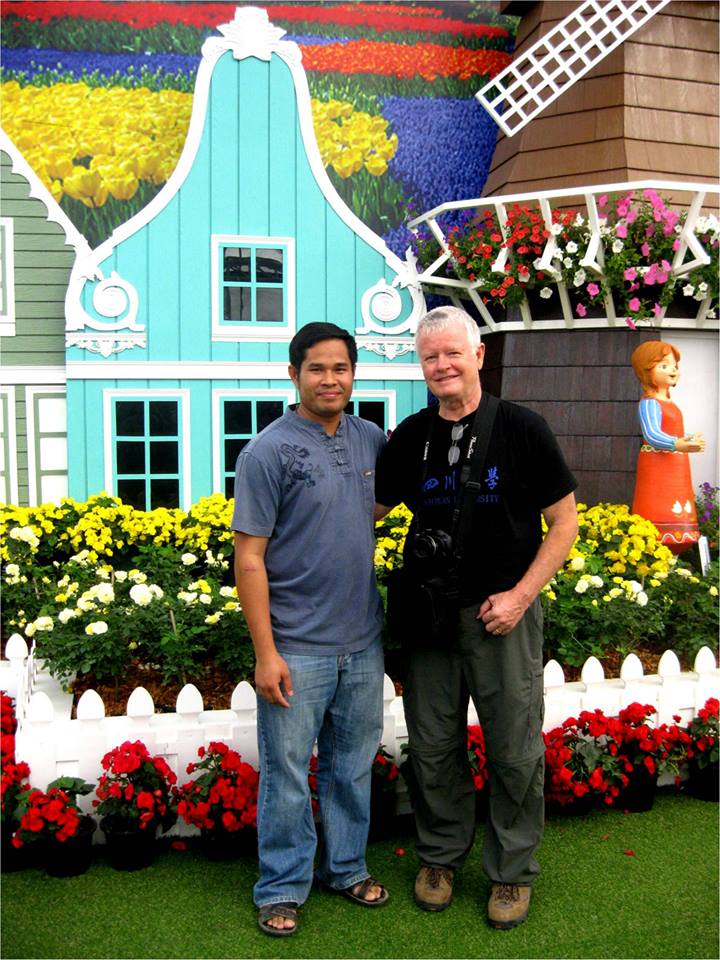 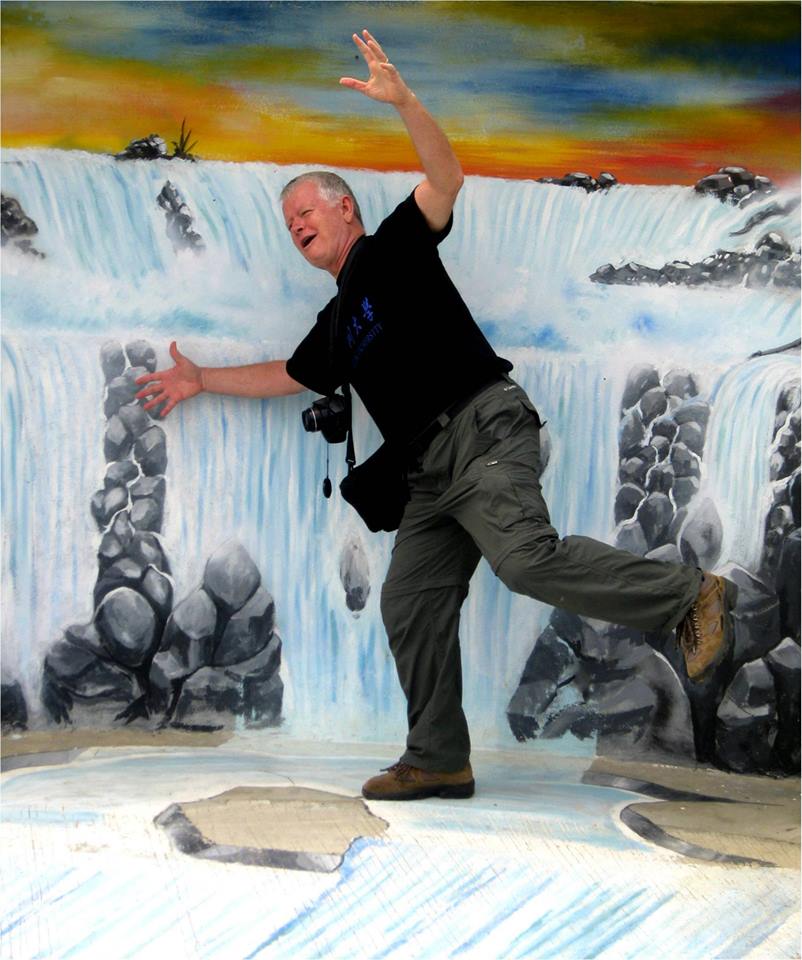 Friday night, we moved to the home of Gung and her family. They are really nice people and they treated us very well. Gung is also a teacher, her mother is a dentist and her father is in the Army intelligence. They have 4 cars (all Fords) and Gung’s father indicated Ford is a good brand. (Most cars on the road here seem to be Japanese makes.) 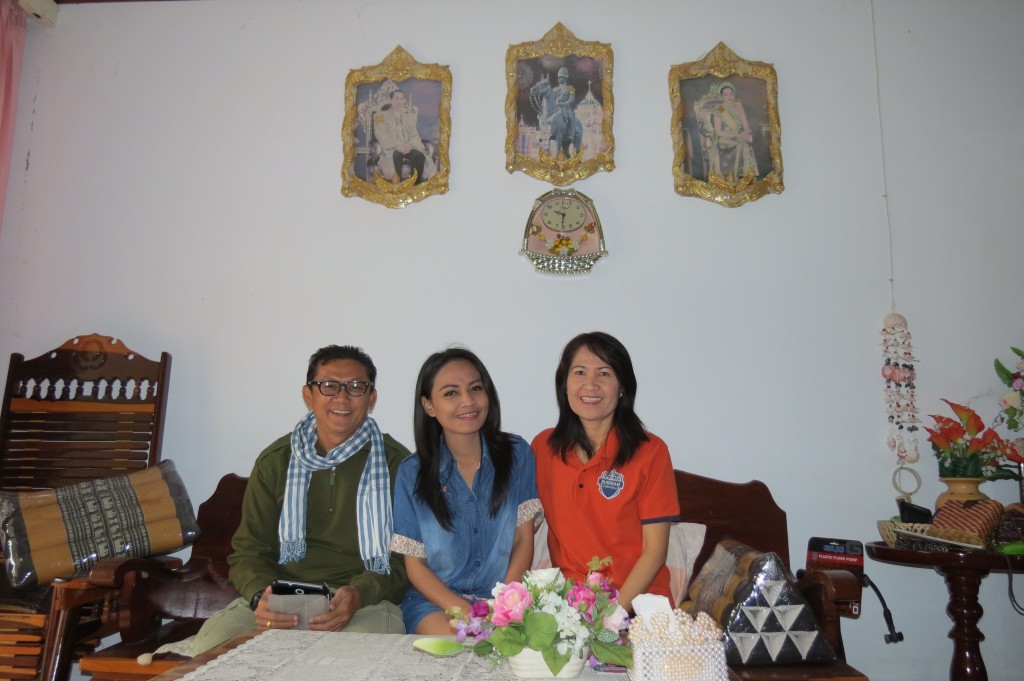 Gung with her parents: our gracious hosts for Fri & Sat Nights

Saturday was a really fun day. We visited three different archaelogical sites and highlights are in the video below.

We returned home Sunday, arriving at the school in late afternoon. We stopped at a gas station/food mart to use the restroom and I noticed, for the second time, that the sign for the men’s room leads you to the back of the building where, there is no entrance door: instead the urinals are mounted on the back wall of the building. I also liked the international sign that helped me find them… 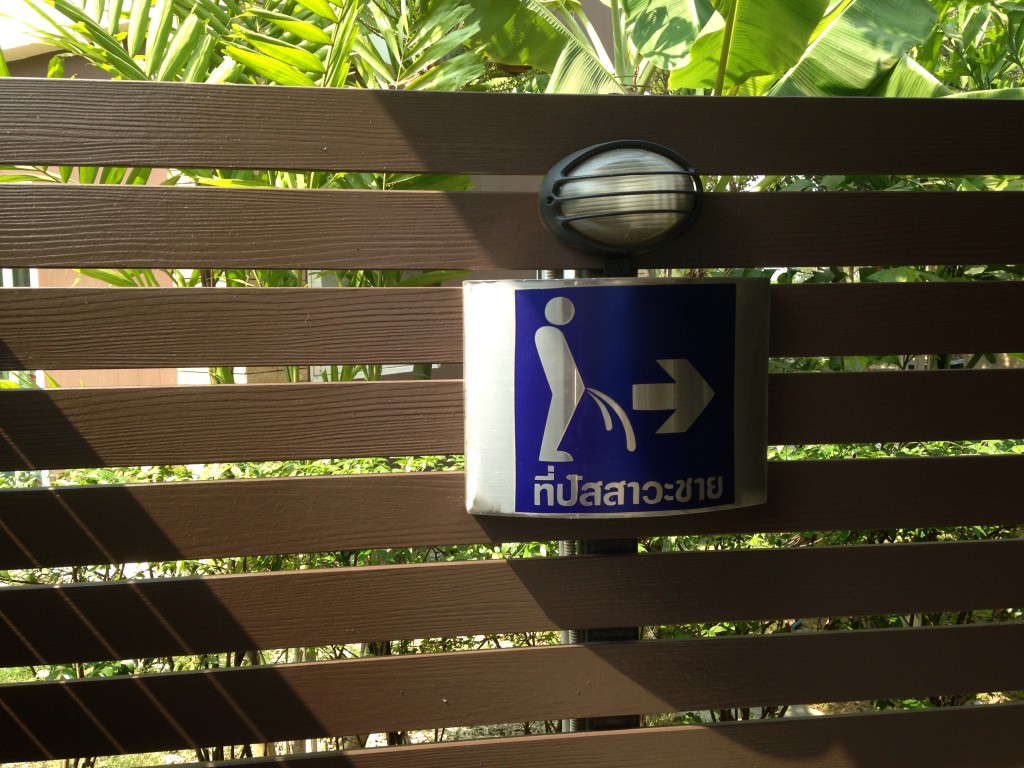 Finally, we stopped at a very interesting little roadside market. They sold lots of fruit and veggies but also, roasted rats, fried crickets, what looked like cock roaches, fried silkworm larva and various kinds of fried ants. I had seen the crickets before and was tempted to push myself to try one. I bought some and the lady put a couple of scoops into a plastic bag then sprayed something into the bag. Forcing myself to eat the first one, I found them pleasantly crunchy and flavored with something like soy sauce. They were actually good but I still had trouble with the idea of eating crickets. So, don’t worry, I’m not thinking about adding them to my peanut burgers 🙂 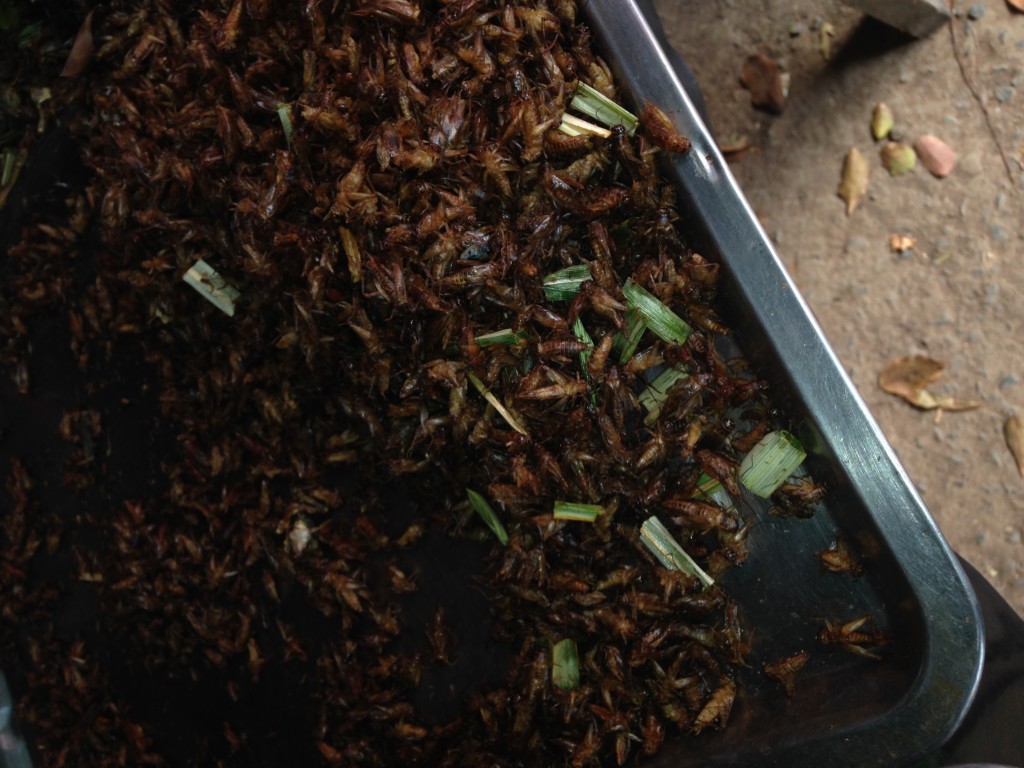