Between Trujillo and Huanchaco lies a large, undeveloped, unimpressive plain covered with scrub plants and large sand piles. These mounds of sand are actually the ruins of an extremely large adobe brick city built around 850 AD and known as Chan Chan. This city served as the imperial center of the Chimu civilization and was the largest pre-Columbian (before 1492) city in South America. The Chimu civilization grew out of the remnants of the Moche society which declined about 650AD ( see my earlier post on the Moche temples.) Apparently, as many as 30,000 people lived in Chan Chan before it was conquered by the Incas about 1470.

Neglect, looting and the occasional heavy rains brought by “El Nino” have turned what was must have been an extremely impressive city into piles of sand, with occasional glimpses of the original adobe bricks. The area is protected in that the land cannot be developed but most of it continues to slowly recede into the earth. One area, however, known as the Tschudi Complex has been unearthed and rebuilt to show what the city once looked like.

Highlights of what is known about the Chimu include that they worshipped the moon, they believed the sea was the origin of life and the gateway to the next life, and they, apparently, sacrified young women in attempts to stave off the devastating effects of El Nino, which could bring great hardship to the people. Some of the carvings on the elaborate walls you’ll see in the video below are of pelicans and a kind of conch (shellfish.) It is believed the local shamans used the appearance of this conch to  predict the arrival of the El Nino storms.  Indeed, scientific evidence has shown that the conch do move south (from the waters off Ecuador, their normal habitat) to escape the rising water temperatures. Unfortunately, the Chimu shamans used this rational warning signal in an irrational way: by sacrificing young women to appease the gods threatening the devastating storms.

In the video below, you’ll see a man dressed in the attire of a Chimu noble (or warrior?) posing for photos. He was quite impressive looking but he also spoke English very well, as in…. “Hey, I accept tips!  I’m working very hard for you here!”  I gave him a tip – he had a point… it was really hot in the sun.

The tour we took visited three different sites, a temple in Trujillo very near the Simon Bolivar School where I taught, the Chan Chan Museum (Museo de Sito Chan), and the Tschudi Complex. Since we took the English speaking tour, the three of us (Marcas, Vinny and I) were joined by several other people. Two of them were a nice young couple from San Francisco, named Cedric and Mai.  I asked them how they ended up in Trujillo since it’s not really a major tourist destination. They told me they were “driving through.” Yes, that’s right, they were driving through on their way south to Machu Picchu (and, possibly points further south.)  Along with their two dogs, they left San Francisco about 9 months earlier and have slowly worked their way through Mexico, Central America and into South America.  I asked them how they negotiated the “gap” in the Pan American Highway caused by the Panamanian rainforest and they said they had shipped their car around it while they flew over it.  They are presently in Lima, trying to figure out how to drive to Cuzco and Machu Picchu (most people fly because the bus trip is quite long.)  Amazing, isn’t it?  You meet such interesting people when you take the less-traveled route! 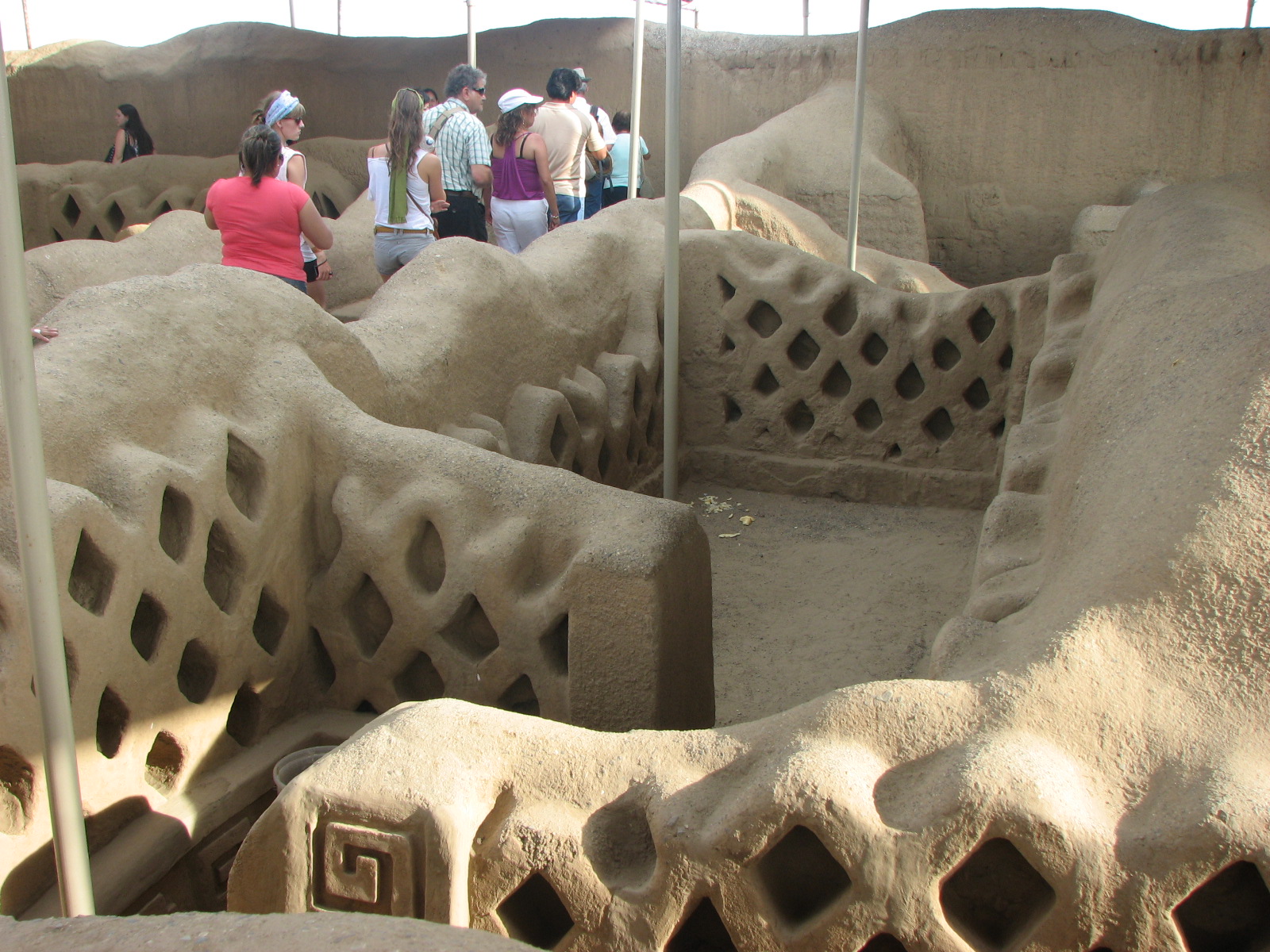