The Seaside Town of Huanchaco

As I have mentioned before, the company I volunteer with – Otra Cosa – is based in the small seaside town of Huanchaco, about 5 miles from Trujillo.  This little town is famous for a thriving surfing industry and for its interesting fleet of small watercraft known as “caballitos de totora.” These little boats are made by binding together reeds from a local plant and have been used by Peruvian fishermen for the past 3000 years.  Each boat is about 6 feet long and is “ridden” by the fisherman who propels it using a large kayak-like double oar.  Apparently, the reeds become waterlogged so each boat lasts only about 3 months.  Today they are still used for fishing in the morning but also as surfboards and for taking tourists out for a spin.  You’ll see them in action in the video below.

As a surfing mecca, Huanchaco has more than its share of foreigners.  With foreigners comes more money and a relatively higher standard of living than found in Trujillo.  There are many very nice hotels and restaurants in Huanchaco.  Most Otra Cosa volunteers live in Huanchaco even though they might work in Trujillo or other remote areas.  I was told I could do this and commute to my assignment in Trujillo but I declined because, based on my experiences in China, I have found I prefer to live in an area that doesn’t have many foreigners.  Part of my motivation for visiting places like Peru and China is to learn more about their culture and way of life and this is easier to do where there are few foreigners.  For that reason, I haven’t really spent much time in Huanchaco during my two months in Trujillo.  But, I have enjoyed visiting a few times and, in particular, I’ve enjoyed the delicious vegetarian cuisine available at the Otra Cosa restaurant.  This restaurant was the place from which the volunteer organization was born: however, the two entities are now independent.

The video below will give you an idea of what Huanchaco is like. It starts with the combi ride from Trujillo. At one point you’ll see the combi pass what is labeled as the “Ruins of Chan Chan.” Chan Chan is a very interesting archaeological site that I’ll tell you about in the next post. 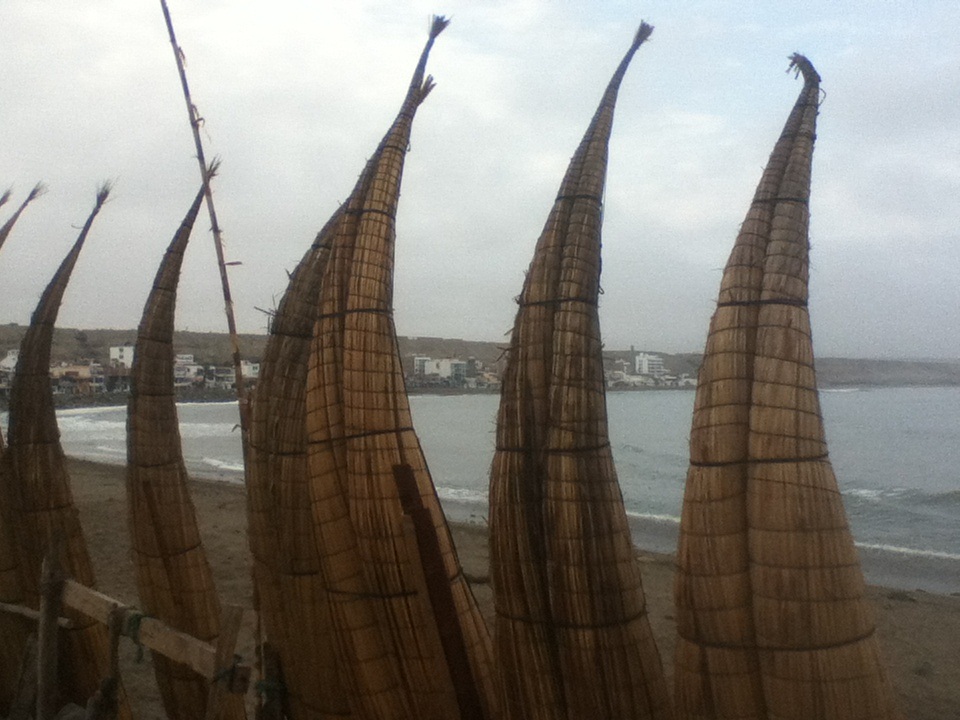 4 Responses to The Seaside Town of Huanchaco