This week the schools were closed on Thursday and Friday for the Easter holiday so we enjoyed a four-day weekend. On Thursday Tommie, Marcus, Vinnie (a new volunteer from Michigan and my roommate) and I visited an archaeological site called “The Temples of the Sun and Moon.” This area of northern Peru has several significant archaeological sites, many quite close to Trujillo. The two structures known as the Temples of the Sun and Moon are among the largest adobe brick structures in the world and were built during the Moche era. The Moche people lived here between approximately 100BC and 650AD, long before the relatively recent (1400-1500s) Inca Empire.

The tour was conducted in English which certainly helped us get more out of it. We learned that the largest structure, the pyramid-like Sun Temple was probably an administrative or public center whereas the smaller Moon Temple was probably the center of religious activity. The Moche apparently had no written language and our guide explained that even the names Sun and Moon are probably misnomers: there is no evidence that the sun or moon played an important role in the culture. There is evidence, however, that human sacrifices were part of the rites performed here.

The two temples are separated by about a quarter mile and artifacts reveal that a large city of about 20,000 people sat on the plain between them. Although archaeologists continue to explore both temples (and the city) the tour visits only the Temple of the Moon. You’ll see in the video below that this site is definitely worth a visit.

Video: Temple of the Moon Tour 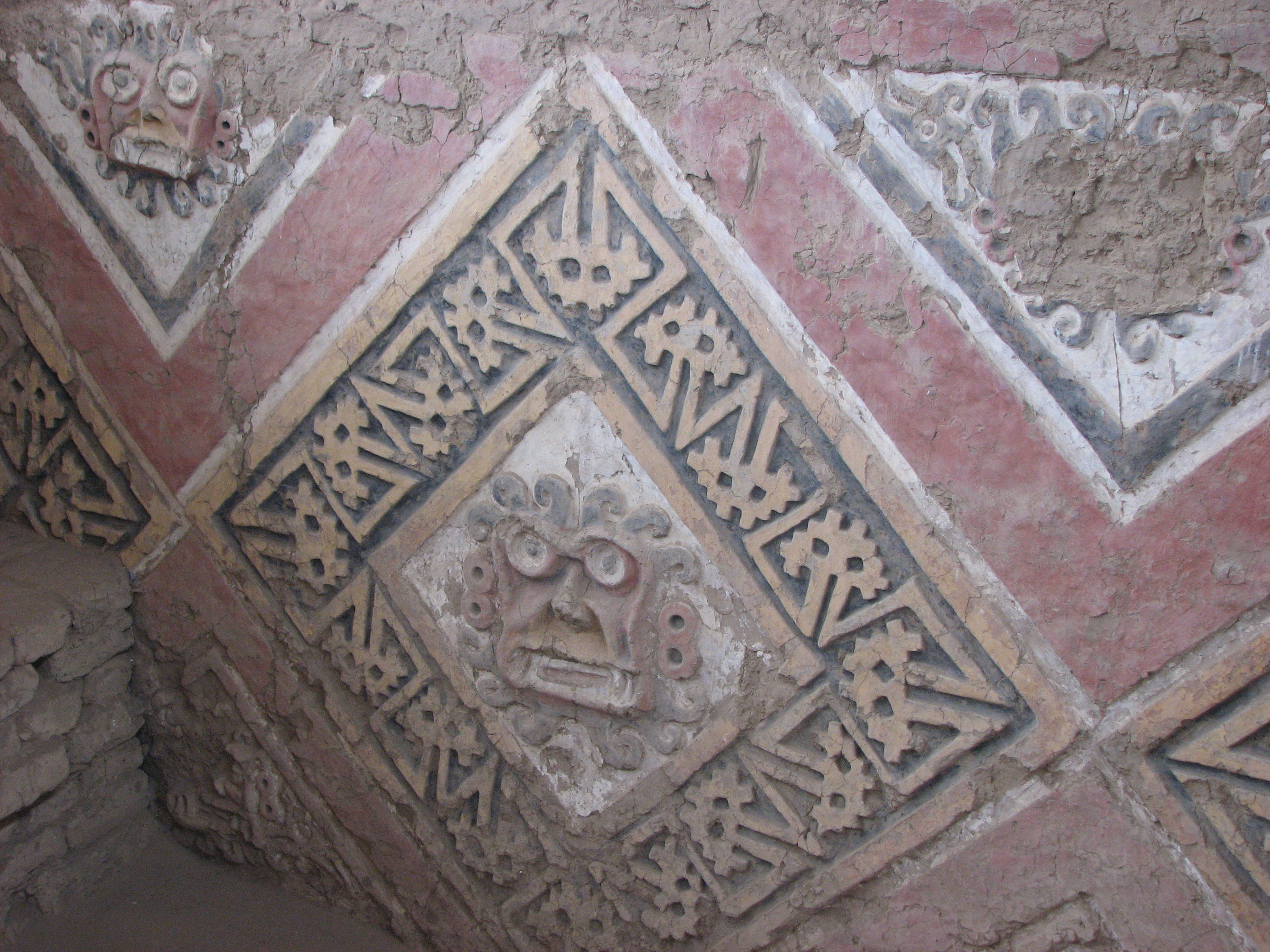 Image on Temple of the Moon Wall