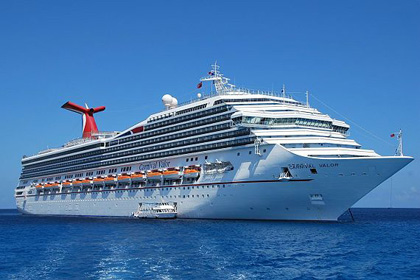 On March 5th, we flew to Miami where we stayed in a Hampton Inn hotel aiport. On March 6th, we boarded the Carnival Cruise ship Valor bound for four Caribbean destinations over a one-week period. We stop first at Grand Cayman Island, next at Isle Roatan (Honduras,) next at Belize, and finally at Cozumel, Mexico before we head back to Miami.

This small island nation, part of the British Commonwealth is best known for its large banking industry but also has wonderful beaches, snorkeling and scuba diving. We chose to visit a "turtle farm" where large green sea turtles are grown from hatchlings. The turtles are a local delicacy in soup and stews. The largest turtle there was a 75-year old matriarch that weighed 600 pounds!

This was the most incredible experience! We got to play and snorkel with the dolphins after a trainer introduced us.

This excursion required a two hour bus ride from the port of Belize city to a place near the border with Guatemala. Our guides were wonderful and taught us a lot about Belize, for example, I didn't know their native language is English! 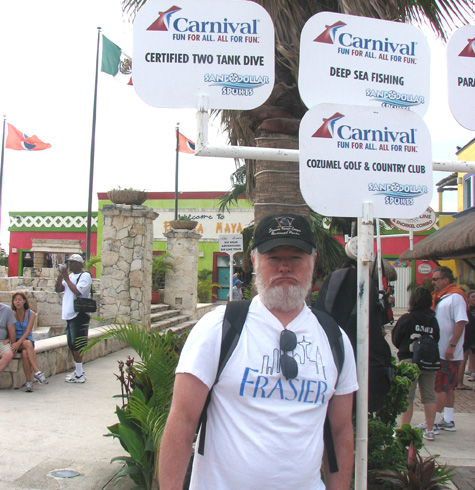 Well, I was a bit disappointed that heavy winds forced cancellation of my scuba trip. Grace insisted that I, at least, pose for a photo under the sign where we met for the (cancelled) excursion. We did have a relaxing day browsing thru local shops and using WiFi at a coffee shop. I think we probably needed the "down day". We did meet some "locals" (see below) who posed for a quick photo with us :-) 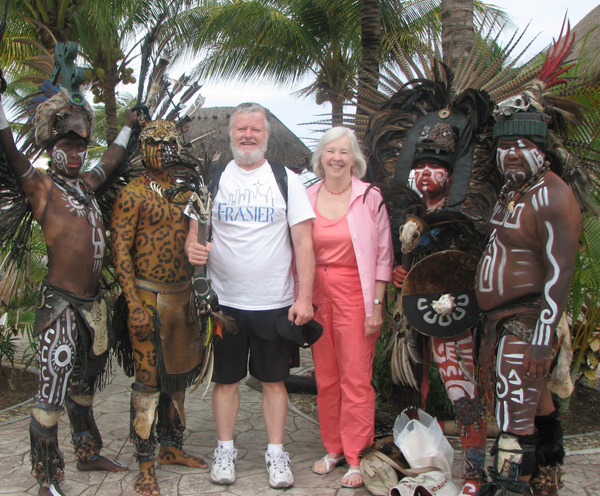 After a final 36 hour relaxing cruise from Cozumel, Mexico to Miami, Florida, we disembarked early Sunday morning and took a bus to a place in Everglades National Park where you can take a ride in a "swamp buggy" (air boat.) It was really cool! Monday morning we fly back home to New Jersey - it's been a lot of fun but we're both ready to get home!